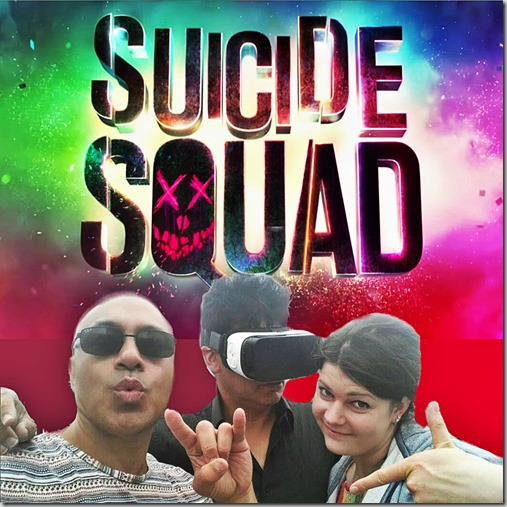 There’s been a lot of hype around DC Comic’s Suicide Squad since the trailer was conveniently leaked at last year’s Comic Con in San Diego, but does the new David Ayer film deliver the goods? Does Jared Leto pull off the Joker? Well in my opinion yeah…just.

Yeah, of course it delivers on being a massive blockbuster of a movie that has more special effects than boy wizard Harry could muster and of course it stars the anticipated wait to see Jared Leto, his spooky white face and evil grimace as The Joker has been lauded all over the internet – he doesn’t disappoint either.

The film does well developing the characters in the storyline then gradually loses itself in the special effects melee ending up a little too clever for itself, the author of its own demise – well nearly. Will Smith is solid as elite hitman Deadshot, featuring more onscreen time than the green-haired one, he single handily steers the movie on course when it waned into Ghostbuster’s territory.

I found the Squad way more enjoyable to watch than Snyder’s Batman Vs Superman, it actually pulls off the comic strip feel pretty convincingly and Jared Leto for me is exceptional as Joker, adding a much needed darker edgier persona to the one of the world’s best baddies.

Yep even ‘Batfleck’ makes an appearance, it’s a movie riddled with a decent storyline with a cast that pulls off their DC comic alter egos, Jai Courtney as Captain Boomerang is perfect in his distinctly Aussie twang while other Aussie Margot Robbie steals some of the best lines in the film.

Sometimes it’s not how good or bad a movie is, it’s all about the hype and Suicide Squad delivers on all accounts. Fans of the comic should be pleased with this outing but for me I wasn’t as enthused as the fan boys/girls but still had a great time. Personally, Jared Leto & Margot Robbie made this film, it’s a spectacle, go see it on the IMAX it will blow your mind.