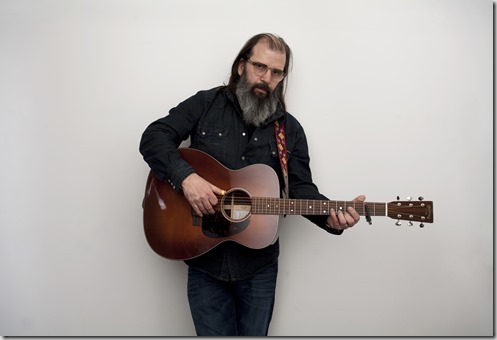 Singer, songwriter and activist Steve Earle and his band the Dukes are set to take a detour to New Zealand following Byron Bay Bluesfest for one show at Auckland’s Studio on 29 March.
Throughout his more than 30-year career, Earle has mined the rich veins of American roots music from country to rock and roll, folk and rockabilly. On his 16th studio album of his singular career, Terraplane, Earle pays tribute to the blues, influenced by the blues giants he saw growing up in Texas – Lightnin’ Hopkins, Freddy King, Johnny Winter, Jimmie and Stevie Ray Vaughan, Canned Heat and Billy Gibbons. Recorded in Nashville by Ray Kennedy and produced by R.S. Field, the inspired collection is his homage to the music that he calls “the commonest of human experience, perhaps the only thing that we all truly share” and a record he has wanted to make for a long time. Over 11 original tracks, Earle and his longstanding band The Dukes traverse various forms of the blues – from the Texas roadhouse blues of opener Baby Baby Baby (Baby) to the acoustic blues of Ain’t Nobody’s Daddy Now and the Chicago blues of The Usual Time to the pre-war blues of Baby’s Just As Mean As Me, a duet with Eleanor Whitmore.

Described by Mojo as “Earle’s passion for blues in its rawest form,” Terraplane has received near universal acclaim and been embraced by the blues community. Downbeat exclaimed, “The once hardliving maverick sings with deep knowledge of the dark and light sides of human experience, running his emotional engine at full-throttle while sustaining the crucial ambivalence of the blues… Earle’s ace band, the Dukes, plays for keeps.” London’s Express & Star gushed, “It’s like Robert Johnson meets Johnny Cash – and it’s a truly stunning work,” while Rolling Stone called it a “down-home Texas blues party.”
Earle & The Dukes have been touring the record non-stop since Terraplane was released in February, with headline appearances at the Americana Music Festival alongside Loretta Lynn, and the Bristol Rhythm & Roots Reunion Festival, and dates in the UK, Ireland, France, Germany, the Netherlands, Belgium and Sweden. Following the band’s first European run in support of Terraplane, they return to the States for more headline dates ahead of the trip down under in 2016.

Steve Earle and the Dukes
with special guests The Mastersons
29 March | Studio, Auckland
Tickets on sale via Dash Tickets at 9am on Friday 18 December