Someone To Carry Me Film Premiere – Thursday 18th June 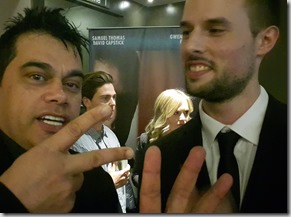 The premiere of New Zealand’s latest movie which happens to be a thriller was premiered last night to a packed and energetic Berkeley Theatre. Samuel Thomas’s latest project was birthed seven years ago while in Sydney while pondering the death of people while sitting by the chill of the cool Sydney air. Its a night that has culminated after that first premise that birthed the Kiwi thriller film and sees Thomas as executive producer, screenwriter and lead actor.

Alright, so what’s the story line? Well, Dan Webster lives a privileged life where everything is carefully managed for him. He dreams of becoming a professional musician in spite of his fathers’ intentions. This world is shattered when he witnesses a brutal murder and is forced to run. Hunted by those he once trusted, he takes refuge in a small town where his only plan is to survive and his only friend is out of reach. Alone and ill equipped for life, Dan reaches out to Michael for strength and Angelica for love, inadvertently placing them in peril. Dan has underestimated the ruthlessness of his enemy, and what his choices might cost. Right you been warned, its a thriller that will keep you riveted to your chair

Filmed on location in New Zealand, Someone to Carry Me is an engaging Dramatic Thriller that asks just how far will a person go to protect another? The film also has a stable of great Kiwi actors including Gwendoline Taylor, Paul Lewis and Dave Capstick..we also spotted Chase the Power Ranger James Davies there as well..he maybe in the film’s trailer but really this is rumour mill stuff 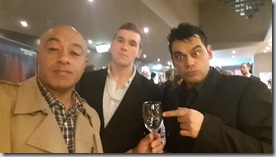