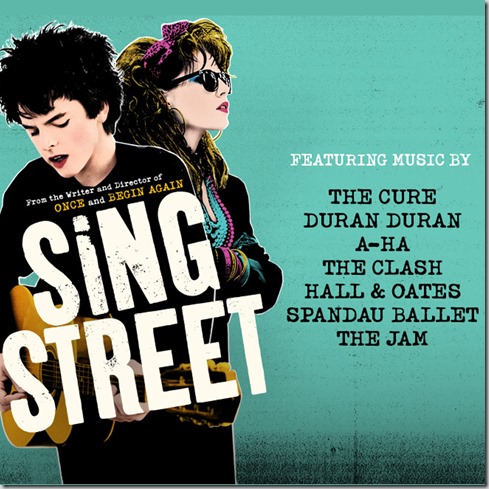 John Carney’s film Sing Street is a joy to watch. It’s intelligent as it is warming, a pubescent love story with moments of comedic heaven and its heavily entrenched 80s soundtrack. The time warped music features a lot in this film, harkening me back to my misspent Selwyn College punk school days, so it was always going to be a winner.

Sing Street is a cross between Carney’s earlier 2007 hit musical romantic outing Once mixed with the band sensibility of 80s film The Commitments. Also set in Ireland, the film focuses on the exploits of young student Conor Lalor, his love interest and his band with school mates called Sing Street, which is kind of a naff band name but appropriate given it’s the 80s.

Set against a stark inner-city Dublin in 1985, Sing Street’s young protagonist Conor broodily played by Ferdia Walsh-Peelo is moved to a free state-school, this in turn leads to a chance meeting after school with local beauty Raphina played by the spirited Lucy Boynton. Of course, he tells her that he’s in a band (when he isn’t) and invites her to be in his music video – thus begins Sing Street the band and for Conor the ‘game of love’ chasing his Raphina.

The film banks a lot on its success on the eighties culture and music (the family watching a Duran Duran music video on TV is a hoot) however there are some great acting performances that permeate its period subculture that can’t be ignored. Conor’s elder brother Brendan is superbly played by Jack Reynor, his unkempt Seth Rogan looks and comedic delivery were spot on.

Ferdia as Conor I found was overall convincing and perfectly casted as the angst-ridden songwriter who pulls together a band with school mates, their originals aren’t bad either (shit, I’ve heard worse at the Gluepot in its heyday) Dad Robert played by Aiden Gillen is a coup, his acting is credible as the dismissive dad, bloody funny too.

Sure it has the cheesy ending, but the film gets away with it, almost unnoticed, due to its strong cast of actors. It’s The Commitments for the 21st century, a love story that’s not as brazen as latest romantic flick Me Before You that seemingly works, and you have to applaud this smaller budgeted film that has been pitted against some big blockbusters and has stood its own.

Go see Sing Street, it will have you toe tapping and punching the air as you relive the horror that was the eighties.