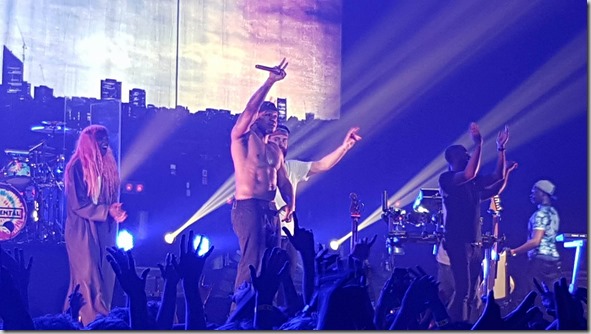 If you missed last years DJ set by Rudimental post Ed Sheeran then you were in luck to see the popular UK drum and bass four-piece with full band last night at Auckland’s Vector Arena. If you ever wanted an excuse to not go to work or wag school the next day then this was place to be.

As the lights descended, the house music made way for the Hackney quartet who hardly looked phased by their long haul flight to be here. The familiar figures of Piers Agget and DJ Locksmith bouncing on stage as singer Bridgette Amofah led the charge on Right Here made popular by singer Foxes, setting the tone for the night as the Auckland crowd prepared to party.

I could count the number of hit songs on both hands before running out of fingers (and toes), with the release of 2015’s We The Generation featuring favourites ‘Never Let You Go‘ and ‘Rumour Mill‘ (ft. Anne-Marie & Will Heard) tonights songs brought to life, the live environment an aural enhancement, live horns, keys & drums pure ecstasy as DJ Locksmith muttered “It’s so good to be back Auckland”.

Rotated singers Thomas Jules & Bridgette Amofah were fluid in performance, Jules made his mark on the crowd with I Will For Love and Not Giving In, his lucid singing style more than apt to take on original vocalists John Newman or Will Heard, begging the question “Who needs Ed Sheeran?”.

The band weren’t the only ones working hard as Locksmith tested the Auckland crowd’s subpar singing on Go Far while the anthemic Free with Email Sandé and platinum-selling single Lay It All On Me and Amofah rounding off the nights shenanigans with the encore song Waiting All Night. 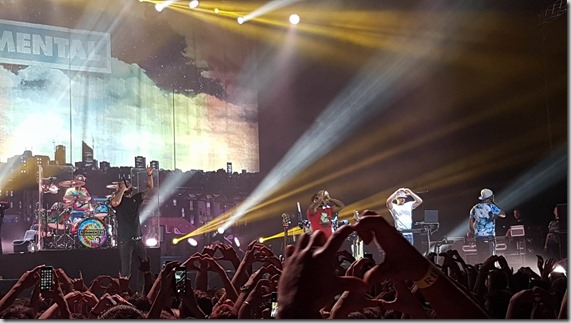 Rudimental’s grasp of merging musical genres seamlessly from funk to dub in drum and bass fusion is probably due to their British heritage, plus their ability to single out vocalists a mitigating factor, go to one of their live shows and you’ll understand what I mean. Brilliant way to spend a Wednesday night and a great way to get the next day off free *cough*