P is for ‘Pinball’ Joe Naufahu On Game Of Thrones 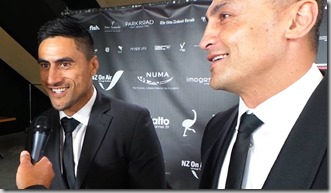 Kiwi actor and gym owner Joe Naufahu has booked a multi-episode arc on the upcoming sixth season of HBO’s Game Of Thrones. As usual, character details are being kept under wraps.He is best known for his role as Liscus on Spartacus and for his stint on the local series Go Girls and also starred in the critically acclaimed drama as one of our favourite film characters Pinball on The Last Saint, which marked his brother Rene Naufahu’s directorial debut. Naufahu joins fellow Kiwi Keisha Castle-Hughes for the sixth season of the popular fantastical series, we can’t wait to see how he goes in this role if Pinball is anything to go on