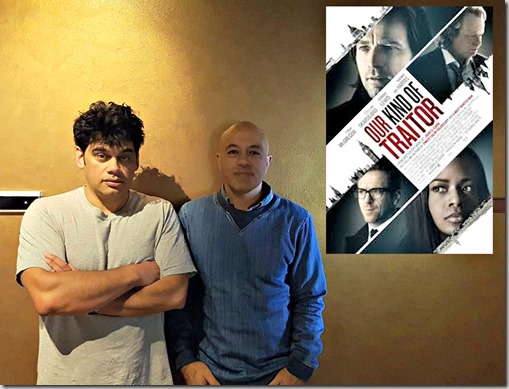 ‘Our Kind of Traitor’ was an enjoyable suspense /thriller. I enjoyed the pace of the film as it slowly revealed the plot. I always enjoy a good spy movie or espionage tale. I would certainly put this movie in the same category as ‘Tinker Tailor Sailor Spy’ and ‘The French Connection’. Films that entertain not simply through action alone but with a developing plot.

The acting was good and the characters were enjoyable. The director took to develop the characters, both the good guys and the bad guys, which added more weight to the story. There wasn’t as much action as has been seen in much of the spy dramas of late but when there was it was always believable which added authenticity to the movie which I really enjoyed.

My overall opinion about the film was that it was good one and well worth seeing. If I was to give it a comparison I would say it was somewhere between the Godfather 1 and Tinker Tailor Soldier Spy. 4/5 stars.