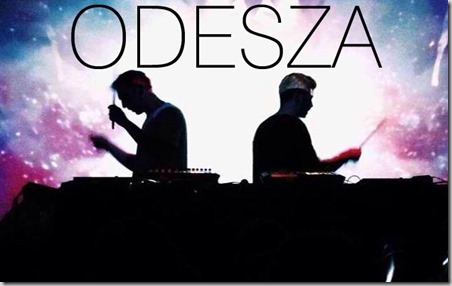 Paint it Gold and George FM are pleased to announce that Seattle based production duo ODESZA’s upcoming Auckland show will now be held at the larger St James Theatre on September 25th.
Part of ODESZA’s world tour, the duo’s Auckland and Wellington shows mark their return to New Zealand after playing a sold out show at Auckland’s Kings Arms in January.
Current ticket holders are advised that their issued tickers are valid for the new venue and no further action is required.
A recording project that began in 2012 between friends Harrison Mills (aka Catacombkid) and Clayton Knight (BeachesBeaches) after graduating from college, ODESZA quickly gained international attention for their first release, LP Summer’s Gone. A mixture of sun-soaked melodies, glitched out vocals, crunchy drums and large sweeping bass lines, two tracks from the album (“How Did I Get Here” and “iPlayYouListen”) reached #1 on the Hype Machine Popular chart, cementing the duo as a force in the underground electronic community.
ODESZA‘s will hit NZ after a compleing a headline tour of the US, culminating in a storming set at Coachella.
ODESZA
Thursday September 24
San Fran
Wellington
Friday September 25
St James Theatre
Auckland
Tickets available now from Ticketek:
http://premier.ticketek.co.nz/shows/show.aspx?sh=ODESZA15