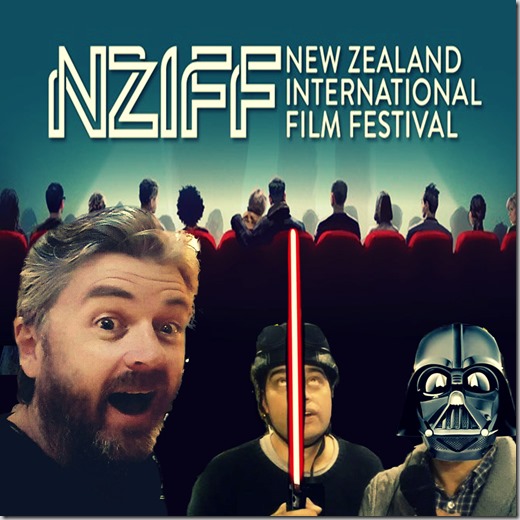 When seeing a Alejandro Jodorowsky film, expect to be taken on a visual journey of the mystical, the sensory, the surreal, there will be nudity, even a midget or two, all wrapped up into a philosophical mind trip. Endless Poetry certainly doesn’t fail in that department. Though that being said, this is also the most accessible film I have seen from director Alejandro Jodorowsky, the master, that has been responsible for such Cult Film classics, El Topo (1970), and Holy Mountain (1973), films that help create the cult midnight screening phenomena in the 1970s.

Endless Poetry is an autobiographical story from Director Jordorosky about his own life. The film is set in the 1940s and 50s in the capital city of Santiago, the heart of Bohemian, artistic expression, party central for creative minds, a place for Alejandro Jodorowsky destiny. From a teenager he steps into early adulthood, by letting go off an expected life seen for him by his Father, stepping into the uncharted life of a poet, living life with expression.

The film feels like a grand opera, for example, a real street location is redressed like sets, backdrops pulled over buildings, portraying life on stage for us to view. At other times in the film, stage hands can be seen now and then, dressed entirely in stealth black to help with certain props. The Mother character only communicates singing in opera. Alejandro Jodorowsky periodically appears as himself, like a ringmaster, appearing in his own feature opera, directing and pushing the character of himself along. The Actor. Playing Jodorowsky is his real life son, and there is no holding back.

For me Alejandro Jodowrosky movies are to be experienced, layers upon layers of metaphorical meanings, a film frame is never wasted without some philosophical thought. What I discovered in Endless Poetry main theme is “Life, go forth and live in its mystery of discovery, and wonderment, creativity is life soul.”

I really enjoyed Endless Poetry, it’s a visual journey of the senses. 3.5 Stars

Babak Anvari is an Iranian Director living in London since a young child. Under the Shadow is his debut film. He has created a very effective film, on one level this a dramatic Story of a mother and child, alone in their Tehran Apartment, during the Iran -Iraq Wars during 1980 – 88.

On another level the film is a terrifying haunting Ghost Story that twists at the nerves as the story tension builds. I felt shivers down my spine as the haunting terror slowly builds, this is where the film works in spades, deftly controlled by the director. The spilling drama pulls you into their plight, anxieties, vulnerabilities, and is just plain scary.

For me what comes to mind is the film follows in the footsteps of Roman Polanski brilliant ‘Repulsion’ 1965, i.e. set in an apartment, not knowing if what is happening is in the mind, psychological, or is it a supernatural phenomenon that really is happening?

Under The Shadow is a great film, a clever psychological thriller with scares and dramatic tension. Fully recommend 4.5 stars.