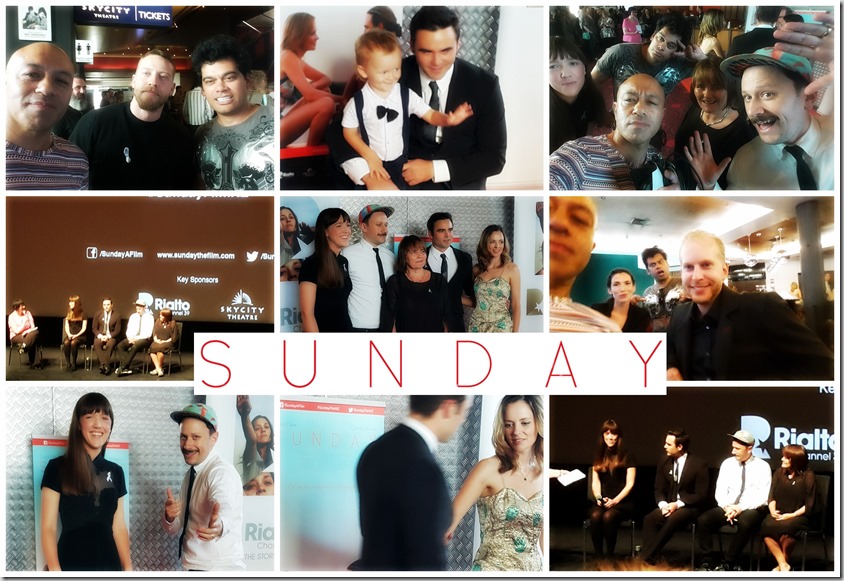 Sunday is not a post-earthquake Christchurch movie and neither does it set out to be. Yes, the brazen images of the southern city’s 2011 earthquake defy belief, however, thankfully there is no commentary offered from the film’s lead characters, only haunting silence, a constant reminder of the city’s architectural skeletal ghosts

Set in Christchurch, one year after the earthquakes Sunday is a story much like the city, one of past devastation and a one-shot chance at rebuilding. To suggest the film makers could’ve gotten away omitting the disaster out is fair, but in no way does it sensationalise or unhinge the underlying plot of the story – in fact, probably the opposite

Enter Charlie (Dustin Clare/Spartacus) an Aussie military convoy driver (we presume the war in the Middle East) and Eve (Camille Keenan/Packed To The Rafters) a florist, the couple we see in the beginning of the film are hapless in love and are having a baby, but now are no longer together. After years of history and months of separation Charlie gets a text from Eve and we find him being picked up from the airport. So begins the arduous task to find out whether or not it’s going to work again, whether they have a future with a baby. But here’s the kicker, they have 24 hours to find out

As love stories go it’s not original, however the acting is natural and not forced. Clare and Keenan add charm and authenticity to the onscreen relationship, while Lloyd handles this with great effect, drawing the viewer into the couple’s innocuous existence. The minimalist use of soundtrack music making way for dramatic effect in scenes is powerful (visiting the grandparents’ home, talking in the car) my only quibble is the sometimes lackadaisical script risks losing the audience, but luckily Lloyd’s penchant for introducing the unexpected pays off handsomely, scenes featuring the freestyle rap-a-gram, breast milk expresser and Charlie confessing to Eve he peed on her tooth brush are gold.

It must be noted that Michelle Joy Lloyd is the only Kiwi woman director to have a theatre release for a full feature film this year, this may in part be the reason for her intuitive eye as seen through Eve, who along with baby are tantamount to this ‘Canterbury love tale’, it’s a film that’s totally different than that of similar subject matter Max Currie’s rural Bonnie & Clyde love story ‘Everything We Loved’ it’s blatant exploration of human relationships ruefully explored

Sunday is wonderfully peppered with the right amount of humour & heart, at the very root, human connection. I warmed to this local indie film, I found Clare likeable, a bit of ‘Colin Farrell’ bravado that every guy in the audience could identify with, his real life relationship with Keenan (yep, that’s their baby) she the pragmatist of the two, I found her at times wooden but nonetheless very convincing as the expectant mum

When in love sometimes all it takes are baby steps to get things back on the track, however in this rare case the viewer is left to decide for themselves – Be Brave

Footnote: $1 from every ticket sold at the Christchurch, Wellington and Auckland Premiere Screenings will go to the Christchurch branch of the White Ribbon Trust who are working as part of the Canterbury Family Violence Collaboration, a group of organisations working together in the family violence sector. 10% of all profits from the film will be donated back to Gap Filler so they can continue to help encourage the Christchurch community grow and heal through creative endeavours.