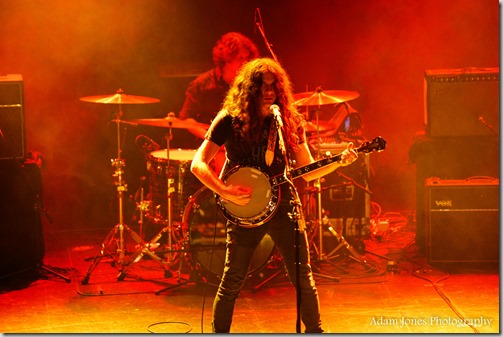 Singer/songwriter Kurt Vile is one of those artists that’s too clever for his own boots. You either loathe or love him. The author of his own destiny who cares for nothing, a troubadour whose monotonic vocals are tuned to register a response that some may call genius

As he took to the stage at the majestic St James theatre, it reminded briefly of the time in 1983 I saw the movie Christiane F with David Bowie singing Heroes, it is still resplendent in ornamental detail as my thoughts were broken Vile appeared out of nowhere uttering “good to see you –love you all”

Pretty Pimpin was a solid precursor to a lively night, while Laneway fave a few years back Wakin On A Pretty Day and I’m An Outlaw with Vile’s quick change on banjo, aided the tempo of the evening as the crowd gingerly bopped along. Vile’s face shrouded by his trademark long mane reminded me of Megadeth frontman Dave Mustaine than the folk indie pop star he portrays

Vile added the Auckland show with his band The Violators to his New Zealand tour. The news came in the wake of the unfortunate cancellation of Echo Fest (ex-McLaren Valley), at which Vile and band were set to appear in the New Year. After Auckland there will be a string of solo shows that Vile will be playing across Wellington, Queenstown and Dunedin

Quickly running through the set which consisted mostly of songs from his latest album B’lieve I’m Goin Down plus a few oldies thrown in for good measure. It was difficult to gauge which songs were pampering to the audience, most were digesting the newer tunes however Vile obliged the crowd pulling a few old ones out of the hat, much to the delight of the audience

After watching Vile’s show his musical genius was never in doubt however his music style is not one I subscribe to. While I prefer less staid and more oomph, I’d take his music any day over some generic Auckland covers band, but I guess as Vile touts ‘That’s life tho, almost hate to say….’. Couldn’t agree more 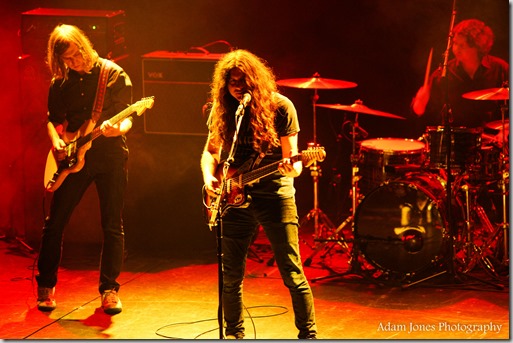