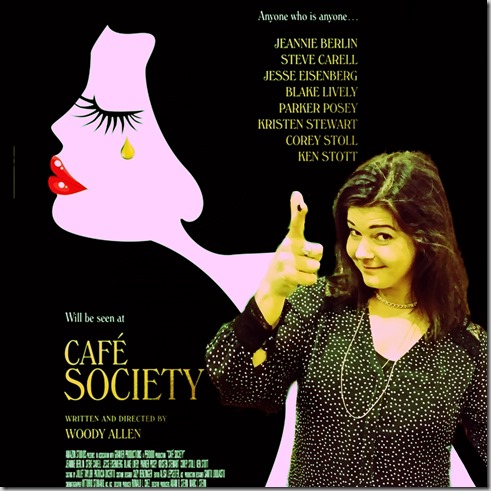 When you hear the word ‘Hollywood’ you instantly think of movie stars, glitter, Oscars, well-known producers, directors, and so forth. You simply imagine the world of the fancy, dynamic film industry blooming with creativity and glamour.

Famed director Woody Allen takes us back to the 1930’s picturing Hollywood at its prime. Posh houses, fancy dresses, exclusive fashion, diamonds and pearls. Straight after first scene I start enjoying the movie. What’s not to like about the glamour, glorious style and immaculate tastes that everyone had there? When I read that it was a romantic comedy, I imagined young innocent love between two beautiful souls amongst Hollywood’s bright stars.

I was almost right. Except to say it’s easy to get very confused when you work with rich and powerful people. Young innocent souls get tangled up in the game, when our heroine falls in love with young, awkwardly adorable Bronx native, and eventually is taken away, almost seduced by the Hollywood stars.

One of them had to be wise enough to leave the glam and to get back to roots. Bobby Dorfman (Jesse Eisenberg) finds his happiness with his beautiful wife. What fascinates me was is that Bobby has chosen his own pathway, not manipulated by anybody, not even his uncle who is has power to run the Hollywood acting industry. The young and ambitious Jewish man becomes very successful and well known in New York Society.

He almost slipped from his road when he meets his past Hollywood love Vonnie (Kristen Stewart). I find it interesting when I see a story of success and happy life of a person who still seems to have doubts and contemplating between two roads. They take it as a game of sorts and play it by Hollywood rules. It’s so easy to get infatuated and forget that in fact it’s a real life with real people who could be hurt if you do nothing about it.

This film reminded me of Gatsby in terms of set up and story line but in a little bit of playful and humorous way. While Gatsby is dramatic and emotional, ‘Cafe Society’ is light and not overwhelming, less dramatic and easily structured.

It’s a film you’d be happy to watch once, however take your friend, dress up and see this feel-good romantic comedy.