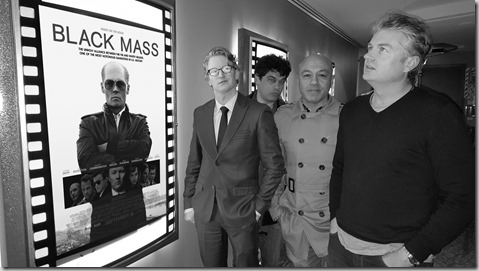 The story revolves around a triangle of corruption. James Whitey Bulger at his peak, together with his brother a Boston senator (Benedict Cumberbatch), and a childhood friend FBI agent (Joel Edgerton) blur the lines while Whitey acting as an informant cleverly collaborates with the FBI

Black Mass, is portrayed in convincing strokes, the direction is deftly handed by the director Scott Cooper (Crazy Heart) and although well executed isn’t heavy paced. The strength in the violent scenes is filmed as if witnessed through the eyes of the film’s characters, giving the viewer a passage through the violence.

Black Mass is a very deserving film in the Gangster Film genre. Hollywood flash does not get in the way. Its a highly recommended watch and a step up for Johnny Depp from past acting endeavours